Vordul Mega is on a assignment to enlighten his listeners with visible wordplay on his first solo album. The Revolution of Yung Havoks was created on a preemptive tale of young minds (or havoks) wanting change. Vordul takes his time to craft each song into a story of struggle, frustration and overwhelming stress. He doesn’t stop there and leave it as a cautionary warning for the listener to sulk in the misery of his lyrics. Instead Vordul gives us solution with songs like, “Neva Again” and “Pray” with nuggets of knowledge dropped in each verse.

Each guest emcee seems to have been brought in to compliment Vordul and his storytelling rather than taking it over. The four emcees to grace, “The Revolution of Yung Havoks” are C-Ray Walz, Karniege, Jean Grae and a Cannibal Ox duet with Vast Aire on the song, “Handle That”. Vordul has worked with each artist on their albums or through his affiliations with Atoms Family, Cannibal Ox and The Reavers.

On the song, “Megallah”, Vordul asks: “Whose Mega? Question I ask self…”, that I am sure everyone has asked themselves one way or another trying to discover who we are. He answers this question and more with the entire album by basically saying that we all endure conflicts and go through hard times but we can not let it rule our lives and make us corrupt. Vordul Megallah would rather have us uprise and accomplish The Revolution of Yung Havoks. 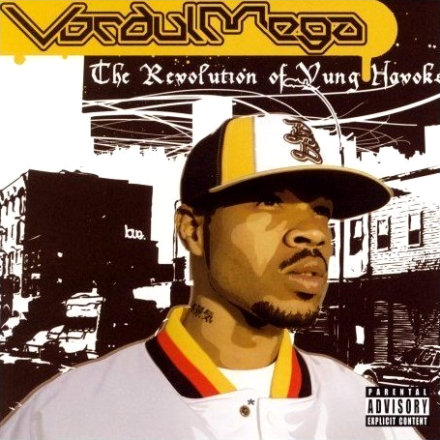