Here is another album cover done by headpiece747 for the video game, Lost Planet. The soundtrack was included on the collector’s edition of the game. The composer Jamie Christopherson also has ten out of the fifteen songs on his website for free download. Lost Planet is a mech/FPS that made me feel as though I was in the movie Starship Troopers. The visuals of the game are still impressive by today’s standards. The soundtrack is handled perfectly by Jaime Christopherson mixing soothing tones and chaotic effects to match the pace of the game. If you have not played the game or heard the soundtrack then definitely pick up the collector’s edition so you can have both, and make sure to check this weblink while you are at it . 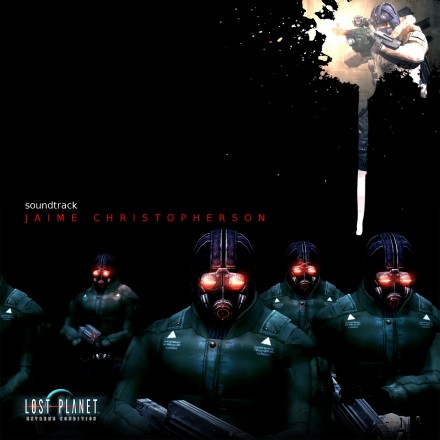