So I was watching Soul Assassins TV (more on that later…) and DJ Solo drops a Rakim joint that I never heard before. So I go internet digging and find out that is called, “Holy Are You” off his upcoming album entitled, “The Seventh Seal”. If I was up on my YouTube viewing, I would have caught this song a year ago of him performing it at the Knitting Factory. Billboard.com recently put up an interview with Rakim explaining the new album name and letting us know that the single, “Holy Are You” will be available July 28th. But for now: 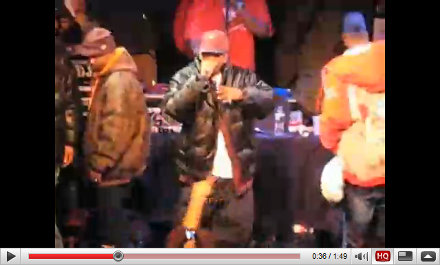