Tha Alkaholiks have answered their question and have come out of retirement to do the Rehab Tour. It should not be a surprise that Ecliptic Sight is excited for this one because it was sad to see the group retire so early with their last album Firewater. They were also on the Top 10 CDs From The 1990s list that was compiled here. It took two years but it will be worth the wait. Seeing Tha Alkaholiks in concert is definitely a treat and they have one of the best live shows. If you love that likwit sound or you want to see a hype show definitely find a venue near you. 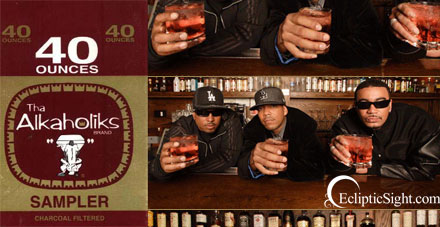 We Feel Fine is a website that I stumbled upon when I was reading a post at UnEasySilence about TED (Technology, Entertainment, Design) and they put a sample video for Jonathan Harris. On the video he talks about We Feel Fine and what inspired him to make it. Basically it is a website that looks at different websites for certain words and takes the sentence. Then it puts it on We Feel Fine as a particle (sentences) that reacts to your cursor, words on the screen and other particles. Now if you are totally confused click the link and experience for yourself.

An exploration of human emotion, in six movements
by Jonathan Harris and Sep Kamvar

Gallery Nineteen Eighty Eight aka Gallery 1988 LA aka G88 and Golden Apple Comics present: Under The Influence: A Tribute To Stan Lee starting January 8, 2008 through February 1, 2008. I was put on to this by the one and only Detrimental and would have loved to see this. You might remember G88 mentioned here before about their artistic take on 8-bit video games. This time they honor the legendary Stan Lee who has created numerous super heroes and super villains to blockbuster movies that many have grown up on. The artwork above is by artist Tessar Lo and is done with “mixed media on stonehenge, mounted on wood. approx. 22 x 29”. There is alot more to see at the Stan Lee Tribute Artwork website and the actual gallery itself. The some of the artwork can also be purchase so if you are in the area then this is definitely one not to miss.

Rhymefest is on a mission with is new album, “El Che” coming in 2008. Rhymefest gives us a new mixtape called “Man In The Mirror” and if you missed it: Rhymefest – Plugg City (City On My Back). While your at it go pick up his debut album: “Blue Collar” which was slept on.

Rhymefest – Plugg City (City On My Back)

Via senorwoohoo on the CAG forums

Ecliptic Sight Podcast: Future Edition is a extragalactic of definitive mass portions of lyrical goodness. It also has music, emcees and apes.

Disclaimer: Saibot and Ecliptic Sight Podcast are not associated with any artists or music played unless noted. All rights are reserved to the individual artist or artists. Support any songs or artists that you hear by picking up their album. Tracklisting at EclipticSight.com.

Took a trip to Bakersfield, California and was surprised by my little brother Josh with an early Christmas present, two tickets to the Wu-Tang 8 Diagrams Tour. The concert was held at The Majestic Fox Theater and scheduled to start at 8:00 pm. We didn’t arrive until 9:00 pm and the concert started shortly after. My cousin Rick works at the Fox and took my pictures for me on the side of the stage with my camera. Without further ado the Wu-Tang 8 Diagram Tour: Photo Review:

Wait I only count six members of Wu on stage! Yeah Rza, Inspectah Deck and Masta Killah were snowed in and couldn’t make it. 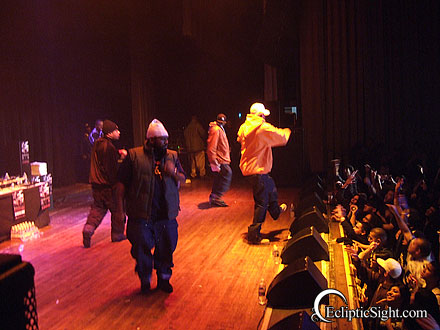 Raekwon does his solo thing and moves the crowd. 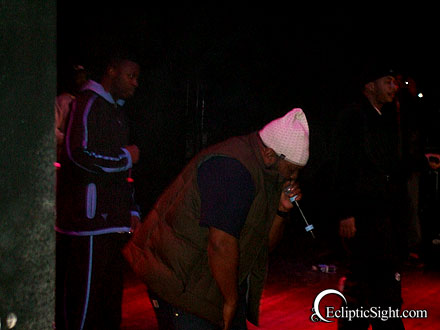 Cappadonna that is a tight shirt, oh I mean tight rhyme skills. 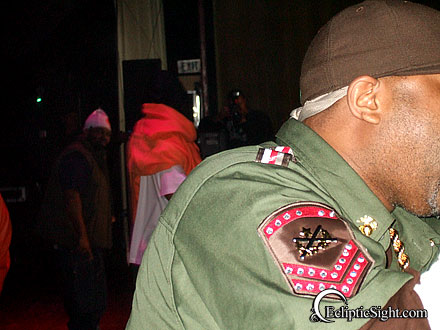 “Come on party people, all in together now, sing along” – R.I.P. ODB 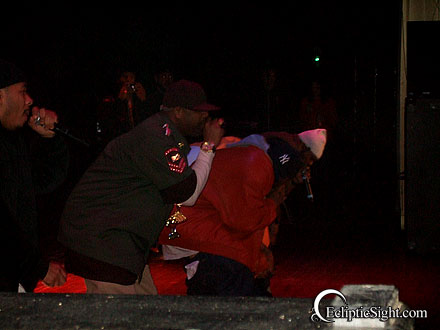 Method Man slapping hands with fans and then… 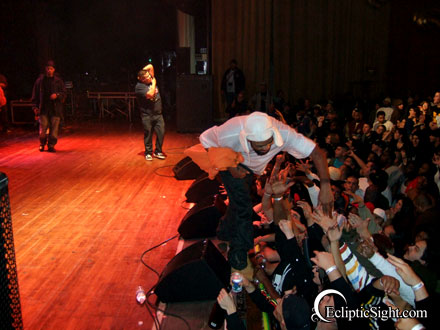 …Method Man standing on his fans. 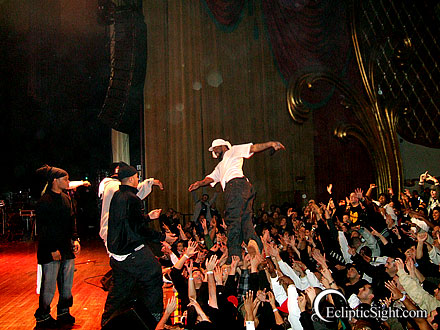 Cappadonna was really hype the whole time and had the crowd pumped. 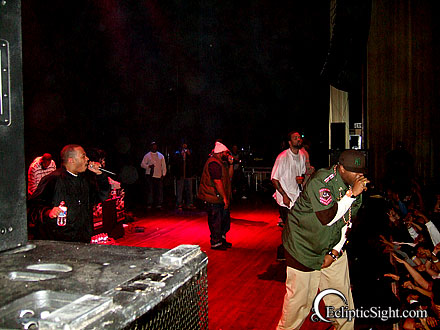 Photo ghosting with Ghost and Meth. 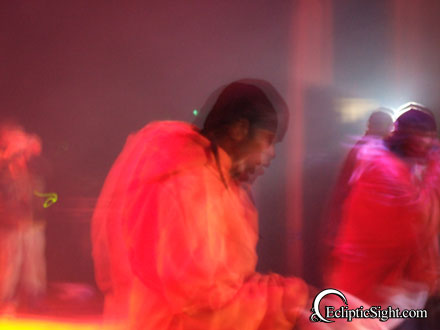 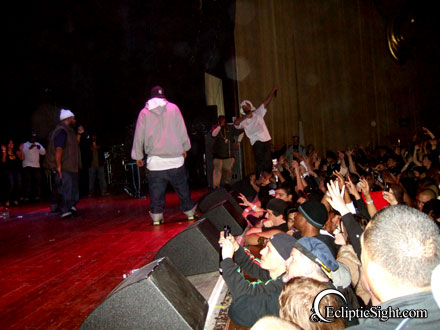 …and Method Man delivers with a solo. 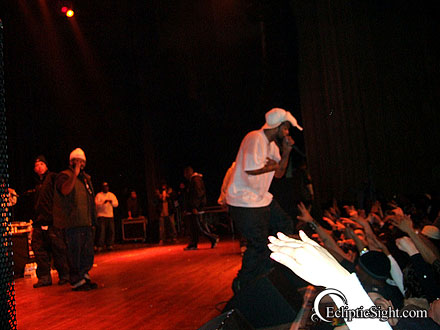 Looks as if Wu-Tang is even having a good time. 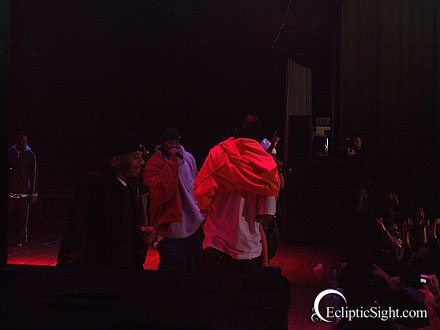 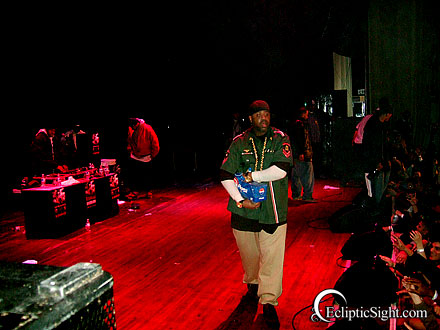 Crowd picture and I’m not in it. Time to get out. 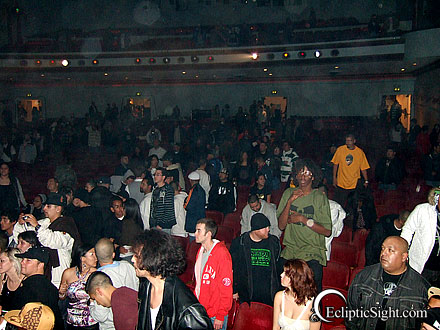