So this Christmas Dumbfoundead and I have decided that you all should enjoy this CD in your iPod or CD player for FREE, on us. ~8 Bit Bandit

Super Barrio Bros. consist of emcee Dumbfoundead and producer 8 Bit Bandit which put out the 8 bit music (think Super Mario Bros. background music but more involved or evolved) slammed together with Hip-Hop. I have always wanted this album since I heard samples on their myspace page. Now everyone including myself can enjoy this fine release. Great way to start off the holiday season with some festive Super Barrio Bros. sounds to help through the new year. Get the album here and more 8 Bit Bandit releases on his tumblr. 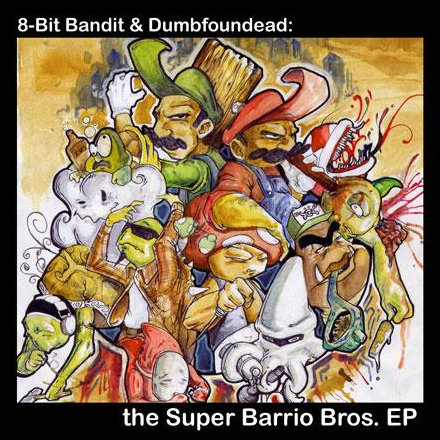