Loaded up Steam the other day and was presented with the Vigil: Blood Bitterness demo. It catch my eye because of the black and white characters and environments. So I took the plunge and downloaded the demo through Steam. The intro movie definitely puts you into a dark and gloomy world where it will be up to the main character to sort everything out. The sinister sounding voices just add to this shadowy game. The game play is accessible because Vigil is controlled by the mouse with the left click moving the character and the right click is used to open passages and pray. You read that right you get to pray in this game in certain areas with the character dropping to his knees and chanting some ominous words to unlock secrets. Overall the Vigil: Blood Bitterness demo was impressive with its own style and intriguing story that will pull you in. 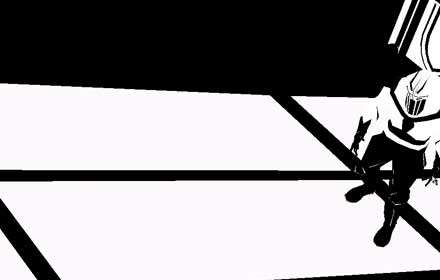