So when DJ headpiece747 isn’t mixing or drinking his life away, he likes to design stuff. From the new design of the sight (site) or missing album art from his CD/MP3 collection. He has done art for several albums that I will filter through eventually. First up is the album art for the free download of Yesh’s The Day Dreamer Demos. 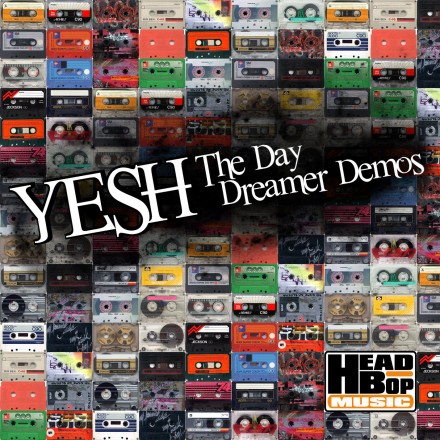 Here are the videos to go along with the photo review. Enjoy. 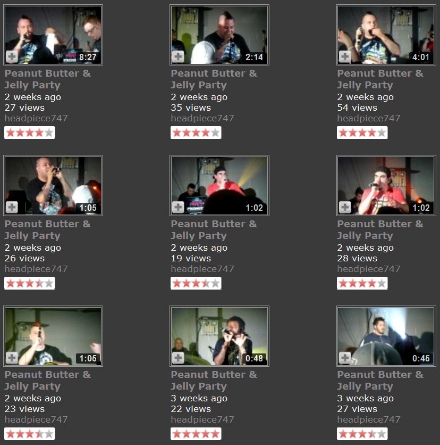 I have made a post about Freebass 808 before but now it is time to experience the music for yourself. Freebass 808’s MoonBass EP takes the listener on a cosmic sonic ride to the moon with enough power to keep you there. All I can say is I have the song, “Love Eclipse” on repeat. Download it now so you can experience the ride too. 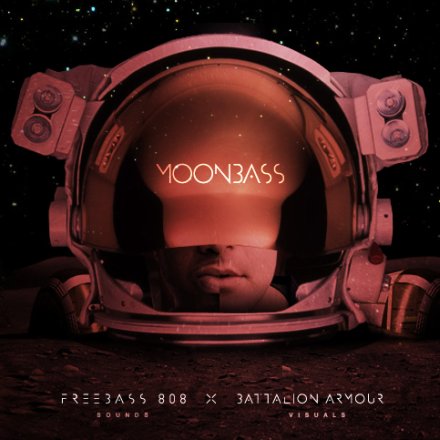 Coming back from another country and already back to my old ways. We attended The Peanut Butter & Jelly Party 2009 at the Loft on April 19. I found out about the event from Last.fm/Events and just had to go because it is rare to have Hip-Hop in Nashville, Tennesse. So here is my review on the event through photos.

This is the first thing I saw walking into the event. Also Syntax Records hosted the concert with most of the roster performing are on. 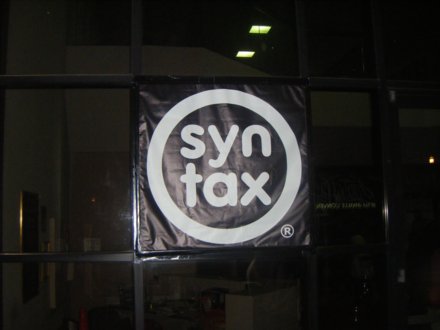 All the way to the top. These flyer arrows helped point us in the right direction. 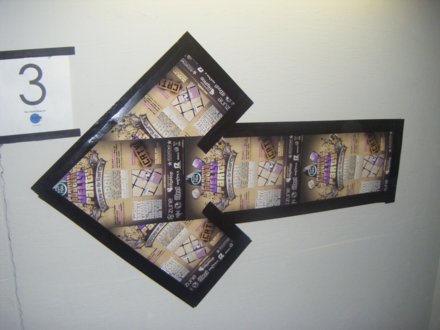 We arrived late so only got to see the last song performed by Scribbling Idiots but they were still getting the crowd crazy. 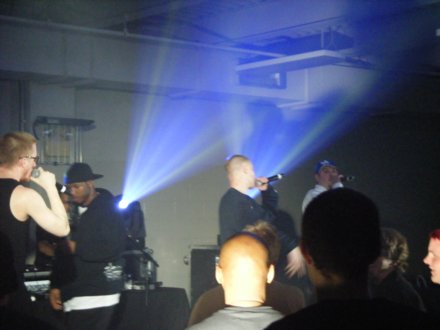 The lighting behind Scribbling Idiots enhances the show but they could do that with their energy alone. 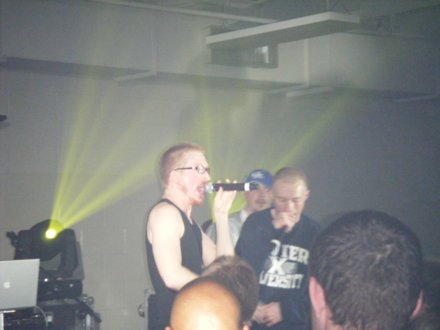 DJ Promote on the wheels of steel, putting in work for intermissions and performers. 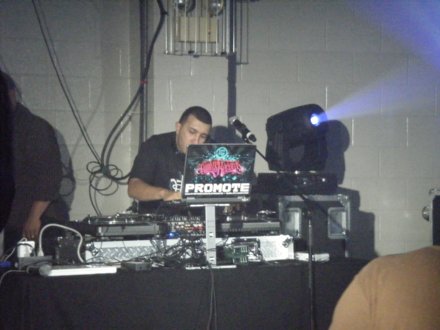 How could it be a “Peanut Butter & Jelly Party” without the peanut butter and jelly, right. They served it all night with free milk and Rockstar energy drinks for backup. 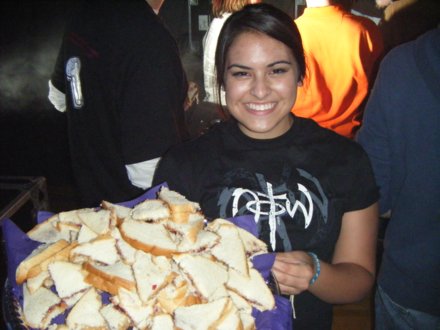 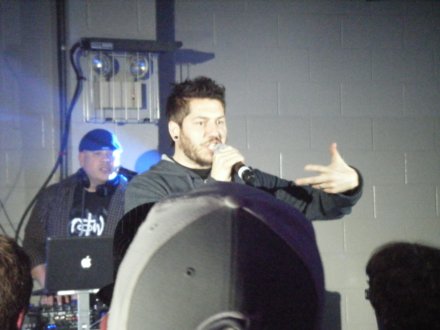 …and murders his set. 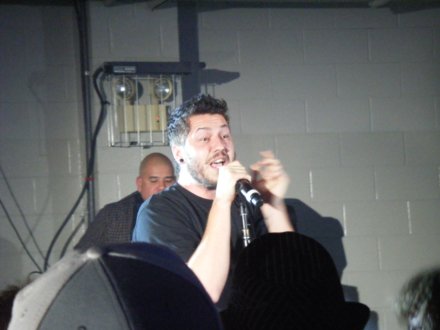 Propaganda has the crowd start with their hands in the air. 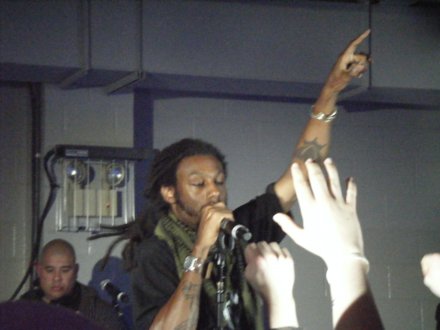 Propaganda performance is so hype that the crowd keeps them up. 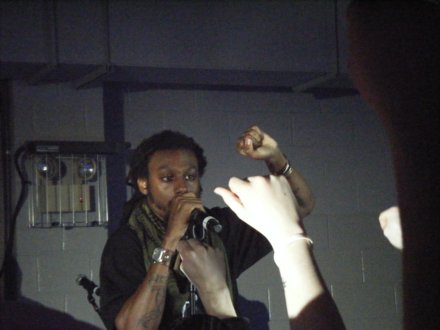 Kaboose grabs the mic and begins to make the crowd move. 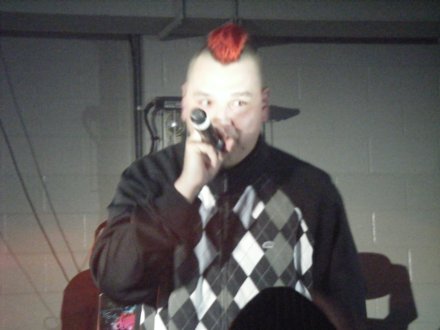 Kaboose brings Royce 5’9″ with him but on screen in the same style as his album cover. 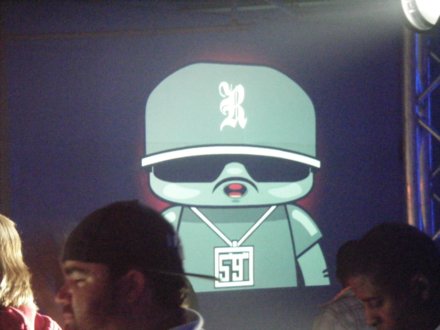 Braille gets into his performance and makes the crowd follow. 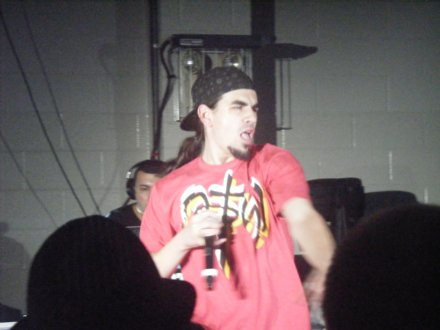 Braille and Theory Hazit join forces to elevate the mood. 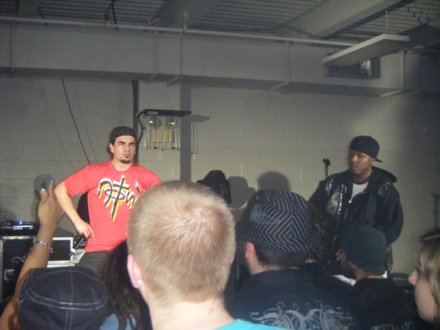 RedCloud delivers a stunning presentation with freestyles to spare. 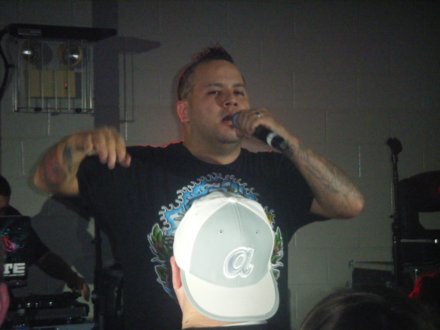 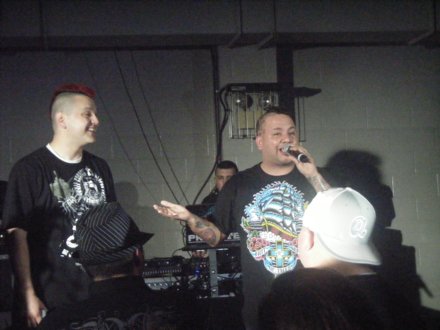 Overall the event was impressive and found some new artist to add to the music library. Here is the some of the free swag that was given away at the show and that’s it. 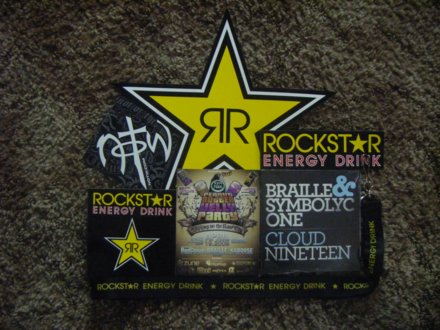 Ecliptic Sight Podcast: The End? Edition was engineered to forecast the impending hiatus. Saibot and DJ headpiece747 team up and join forces to deliver the best possible show as if it was their last. Half vinyl, half digital, and half drunk this will be the crowning achievement with a couple of nice surprises at the end. 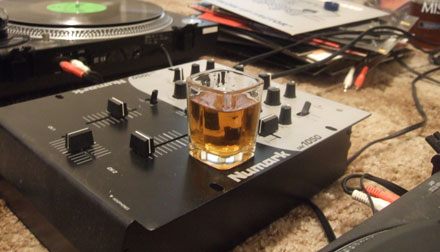 Disclaimer: Saibot and Ecliptic Sight Podcast are not associated with any artists or music played unless noted. All rights are reserved to the individual artist or artists. Support any songs or artists that you hear by picking up their album. Tracklisting at EclipticSight.com. 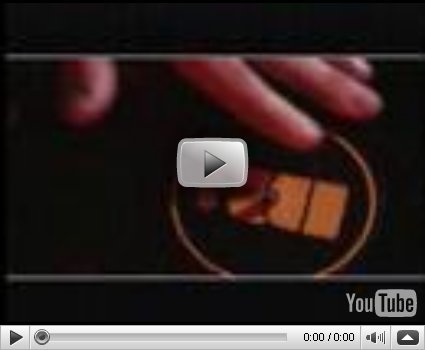 Have you learned to hulu yet? Well why not it is easy and the best part it is free. Full length movies and television shows like “All Dogs Go To Heaven” and “Heroes” right at your computer streaming 24 hours a day. They are still adding new content partners which equals more shows for the viewer. They also offer RSS feeds to keep up with new shows or movies and embedding content on other websites which allows me to give you this full Simpsons episode.

With 19 seasons, the Simpsons still have the magic with this “Departed” inspired show entitled the “Debarted”. I will not spoil the ending but it is classic observation. 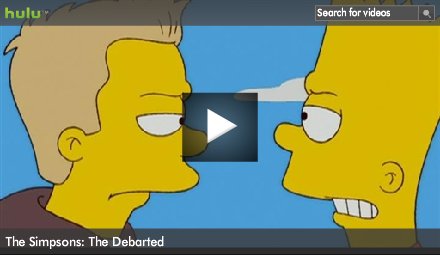